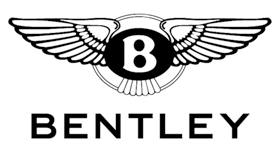 In 2014, the Bentley brand continued on its successful trajectory, achieving record sales once again. Bentley successfully returned to motor racing.

The launch of new models played a large part in the past year’s sales success. In the reporting period, the Flying Spur with an eight-cylinder engine and the coupé and convertible versions of the Continental GT V8 S all made their debut. A sporty Speed version of the Mulsanne flagship became available in 2014, offering both improved performance and lower fuel consumption. The long established Bentley brand also returned to motor racing in the reporting period, securing a historic victory at Silverstone, its first in the UK since 1930. This win inspired a limited run of 300 for Bentley’s GT3-R sports coupé, the model with the brand’s fastest ever acceleration.

The Bentley brand increased its deliveries in 2014 by 8.9 % year-on-year to 11,020 vehicles. The US market, which grew by 1.3 % to 3,003 units, was once again the largest single market for Bentley. Growth in China, the second-largest market, was particularly dynamic. Bentley’s sales there increased by 20.4 % to 2,560 units. The brand also recorded growth in the Europe and Middle East regions.

Bentley sold 10,930 vehicles in the reporting period, a 3.5 % increase year-on-year. The Continental GT and Flying Spur models were well received by customers.

Bentley generated sales revenue of €1.7 billion in the reporting period, up 4.0 % on the prior-year figure. The positive sales trend was offset by negative mix and exchange rate effects, with operating profit growing by 1.2 % to €170 million. The operating return on sales was 9.7 % (10.0 %).