Of bits and bytes

The way a Porsche performs is becoming increasingly dependent on its software – which is why the sports car brand has had its own software development department since 2001. The department’s work not only helps Porsche clock up record times on the racing track; it also optimizes energy management in electrified vehicles – throughout the whole Volkswagen Group.

Seven minutes – a time seemingly cast in stone. A small team of Porsche engineers worked for months to beat it. And then, one clear September morning, shortly before the official world premiere of the 918 Spyder1, they did it. Racing driver Marc Lieb steered the hybrid super sports car round the legendary Nürburgring North Loop in 6:57 minutes. A world record!

The car’s uncompromisingly sporty chassis, adaptive aerodynamics and massive system power output of 652 kW (887 PS) were not the only factors behind this breakthrough – it was also due to the perfect interplay of all the drive components. Two electric motors, one on the front axle and one on the rear axle, plus a racing V8 petrol engine, work hand in hand in the 918 Spyder. All the components are coordinated by a “hybrid manager” – software that is an integral part of the engine management system. It calculates the most efficient driving strategy for each journey, so that drivers reach their destination using the least possible amount of energy.

As with all Volkswagen Group plug-in hybrid vehicles, the 918 Spyder starts off in purely electric mode to cover shorter distances using electric power alone. If the battery begins to fade or the driver wants to keep it charged, the car switches to hybrid mode. The main task of the electric motors is now to boost the efficiency of the combustion engine. Three additional driving programs can be activated at the touch of a button to switch to sporty mode on the road or the race track. Ambitious drivers especially love the Hot Lap mode, which stretches electric motor and battery to the very limits of what is technically possible. The resulting tractive power is enormous.

Operating five different driving programs, each with its own unique character, is only possible with the help of bits and bytes, which is where Porsche’s software development department comes in. “We are not trying to do everything ourselves”, explains Dr. Rolf Zöller, who was responsible for setting up the department in the Weissach development center back in 2001 and is still its director today. “We concentrate on developing in-house those functions that create the typical Porsche driving experience” – amongst which he includes the gearshift strategy for the dual clutch (Porsche Doppelkupplung – PDK). “We are focusing particularly on the when and how of gear shifting.” 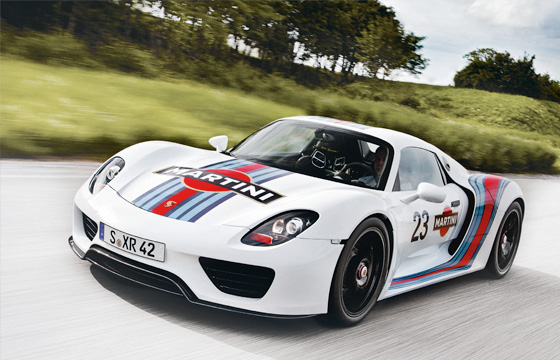 “We develop in-house those functions that create the typical Porsche driving experience.” 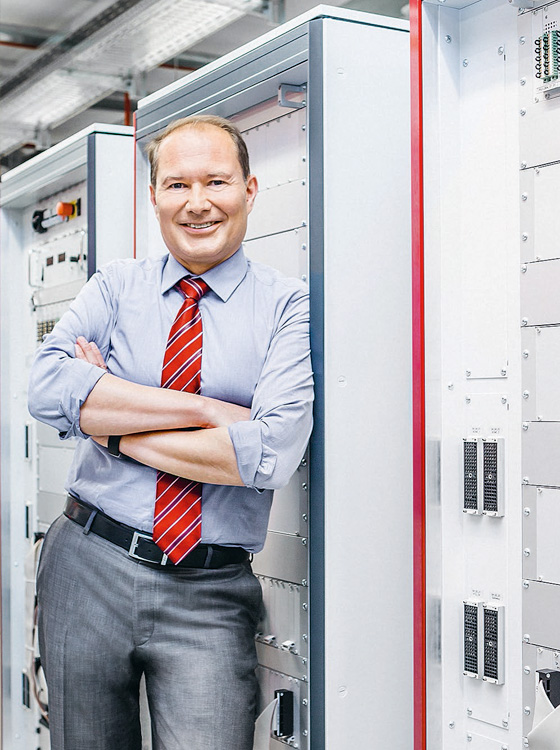 Over 90 percent of the software for the transmission management system comes from other divisions within the Group or is developed in cooperation with external partners. This includes diagnostic functions or the control of individual components that do not have a direct effect on the driving experience.

Everything that impacts the Porsche brand personality must work safely and perfectly. A development process derived from software industry methodology makes sure of this. When a new model is being developed, Porsche regularly tests the complete software package in a “network release”, in which all the individual programs that will be used later across several dozen management devices are tested together. The software is only installed into series cars once everything functions perfectly in the network release. 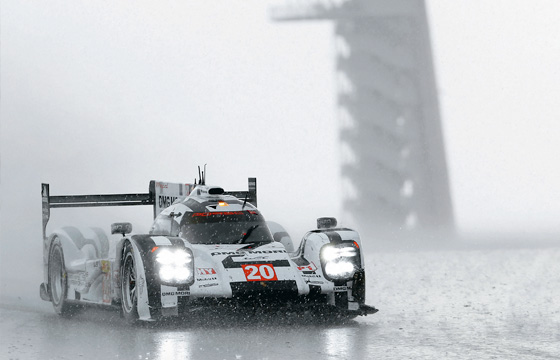 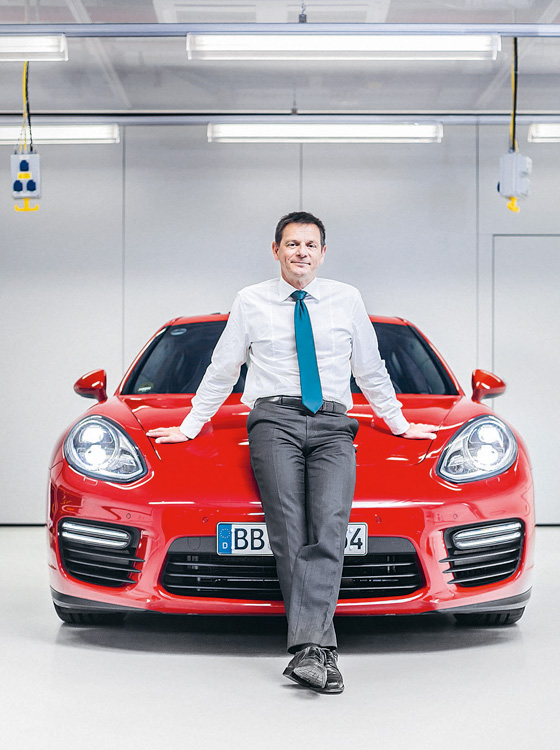 “With our modular software we can concentrate fully on implementing innovative ideas.”

Porsche engineers take a different approach on the racing track. Wherever the Porsche 919 Hybrid endurance sports car makes an appearance, it is accompanied by at least one software expert who immediately puts driver wishes or new insights about the route into effect using a laptop. This is possible thanks to special management devices installed in the racing car which convert all the inputs into the processors’ language, a binary code that uses the digits 0 and 1. In series vehicles, this conversion into a machine-readable code is carried out in advance in a process that engineers call “compilation”.

Porsche’s software developers work closely together with their group colleagues in Wolfsburg, Ingolstadt and Munich. This is because modern software is always developed with a modular design so as to maximize its use in different series across all the brands. “That way we avoid duplication and can concentrate fully on implementing innovative ideas”, explains Uwe Michael, who is responsible for electrical and electronic development at Porsche. He cites the example of a software module that calculates how much battery power is left. Having constant, reliable information about how much longer the battery will last is crucial for drivers of electrified vehicles. The program making that calculation – whether it’s in a Volkswagen e-Golf2 or a Porsche 918 Spyder – originates in Weissach.

liters of fuel and 12.7 kilowatt-hours of electricity: the Porsche 918 Spyder’s standardized consumption over 100 kilometers

The software is expected to do even more in the future. When it knows the exact range of power available, it can calculate in advance the optimal driving strategy for the journey. This “range manager” is still just an idea at present, but at Porsche they are already investigating how it might work in series production. After all, what is true on the racing track is also true on the road – drivers with effective, innovative software on board arrive at their destination faster and more efficiently than others.