People will always be people 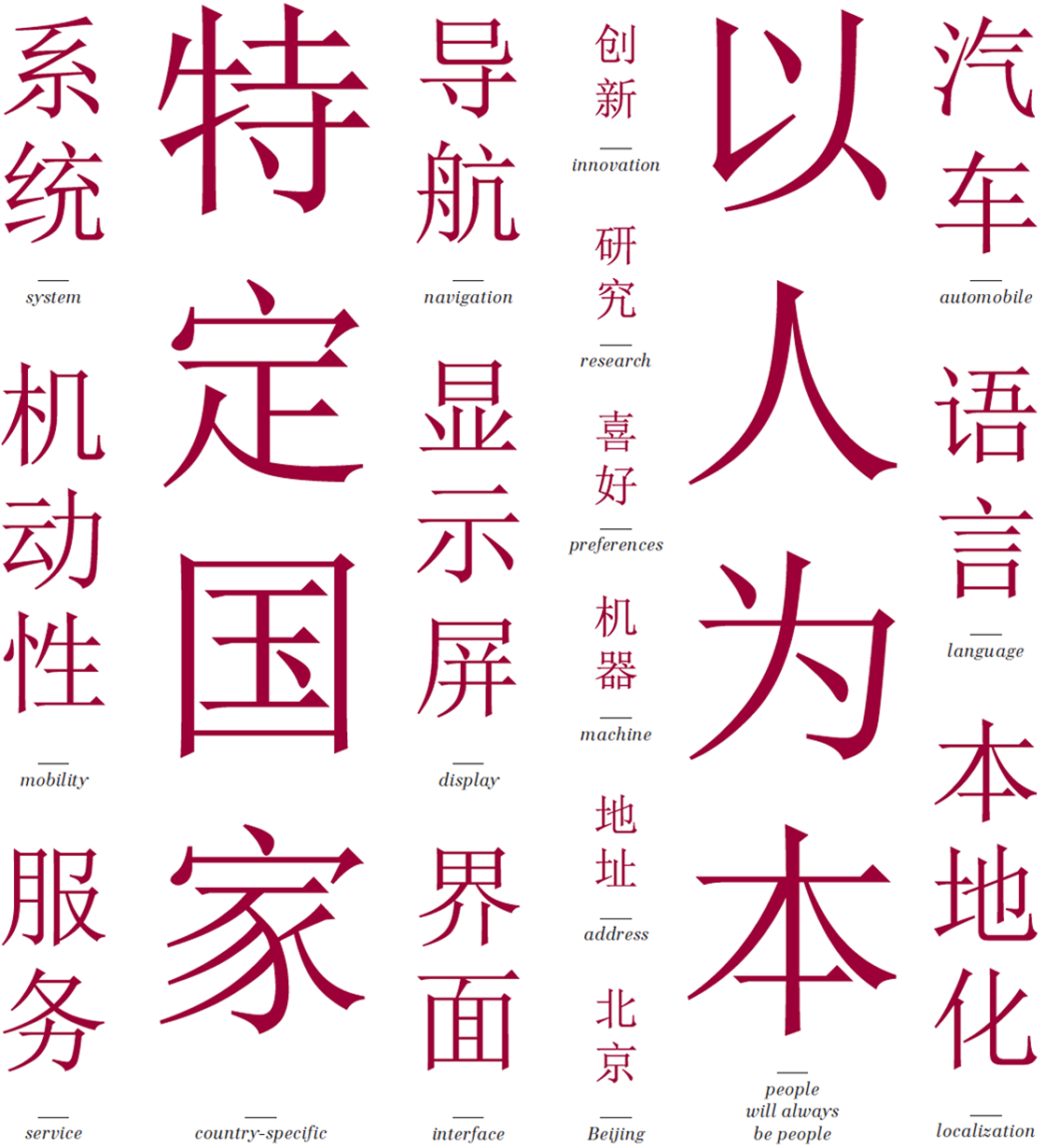 We are all unique individuals with our own particular experiences, preferences and desires that are shaped not least by our language and our culture. The control elements in a vehicle must take these preferences into account – which is why Audi is developing human-machine interfaces at its Beijing research and development center that are tailored to the needs of Asian consumers.

“One of our top priorities is to understand our Asian customers, and to convert that into country-specific technical requirements.”

Qiao Jie sits at the wheel of an Audi prototype and enters a simulated destination. He uses a red pen to write the four Chinese characters Bei Jing Da Xue (Beijing University) on a card. Qiao Jie is a test customer recruited by Audi during the development of the control concepts. Cao Shanshan from Audi’s electrical and electronics competence center in Beijing is in the passenger seat. She and her human guinea pig use index cards to test the individual input steps for different control scenarios. The simple graphics printed on the cards represent the display panel in Audi’s next-generation infotainment system for the Chinese market. “The simulation helps us to gauge customers’ reactions to the system before the software for it is programmed”, explains Cao.

This seemingly simple process is important because Chinese drivers often have quite different preferences and behavior patterns from their counterparts in other countries. “One of our top priorities here is to understand our Asian customers and local conditions, and to convert that understanding into country-specific technical requirements”, says Saad Metz, Head of Audi Research and Development center in Beijing. “All our systems must provide optimal support to drivers and take into account their individual requirements. The controls must be intuitive, and that’s why people are always at the very heart of our development work.”

Audi’s innovation center has been operating in Beijing’s creative quarter for two years. Currently, 235 people are employed in seven departments in areas such as trend scouting, product development, localization and testing. “We are the very first international Audi development site to do this – we are breaking new ground”, reports Metz. The engineers involved in developing applications, vehicle testing and localization don’t just work with the headquarter’s teams in Ingolstadt: they also collaborate with Volkswagen Group China’s research and development teams and with individual plants. 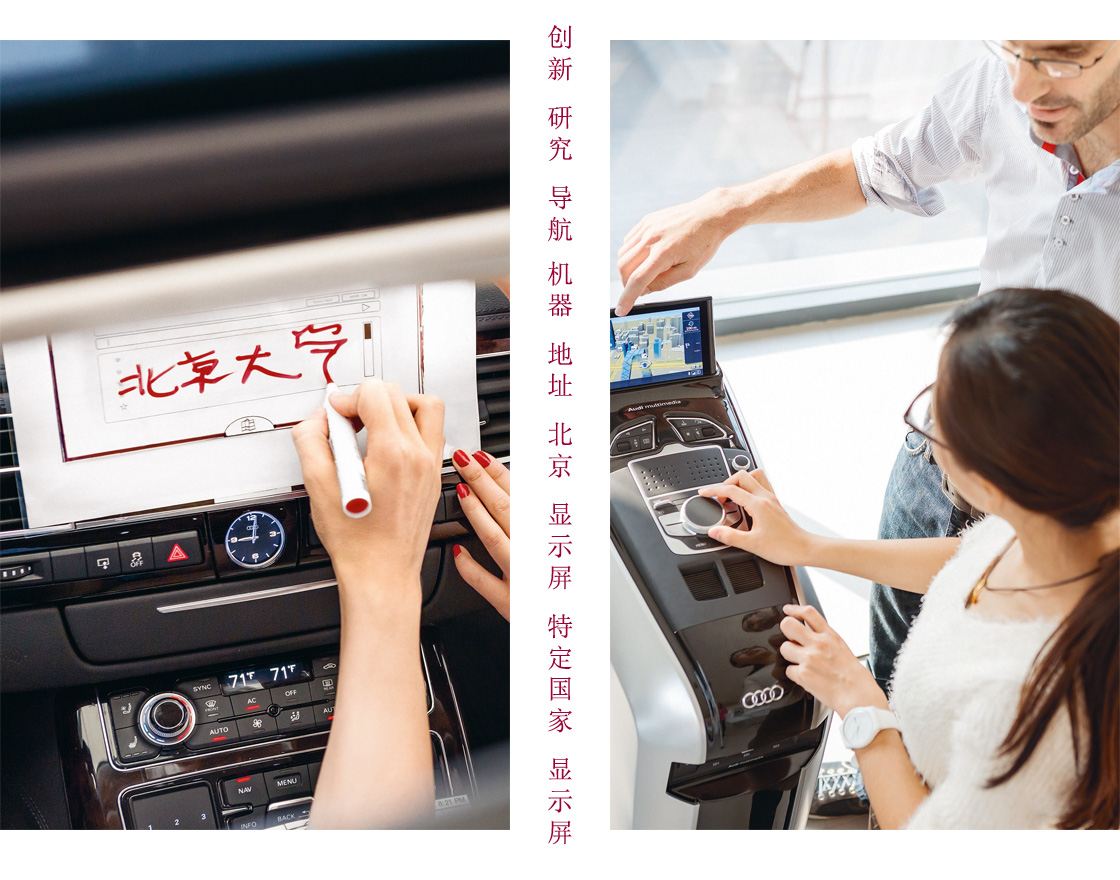 Testers first simulate a new menu structure for destination entry by writing on index cards. The insights gained will later be incorporated into the digital navigation system. 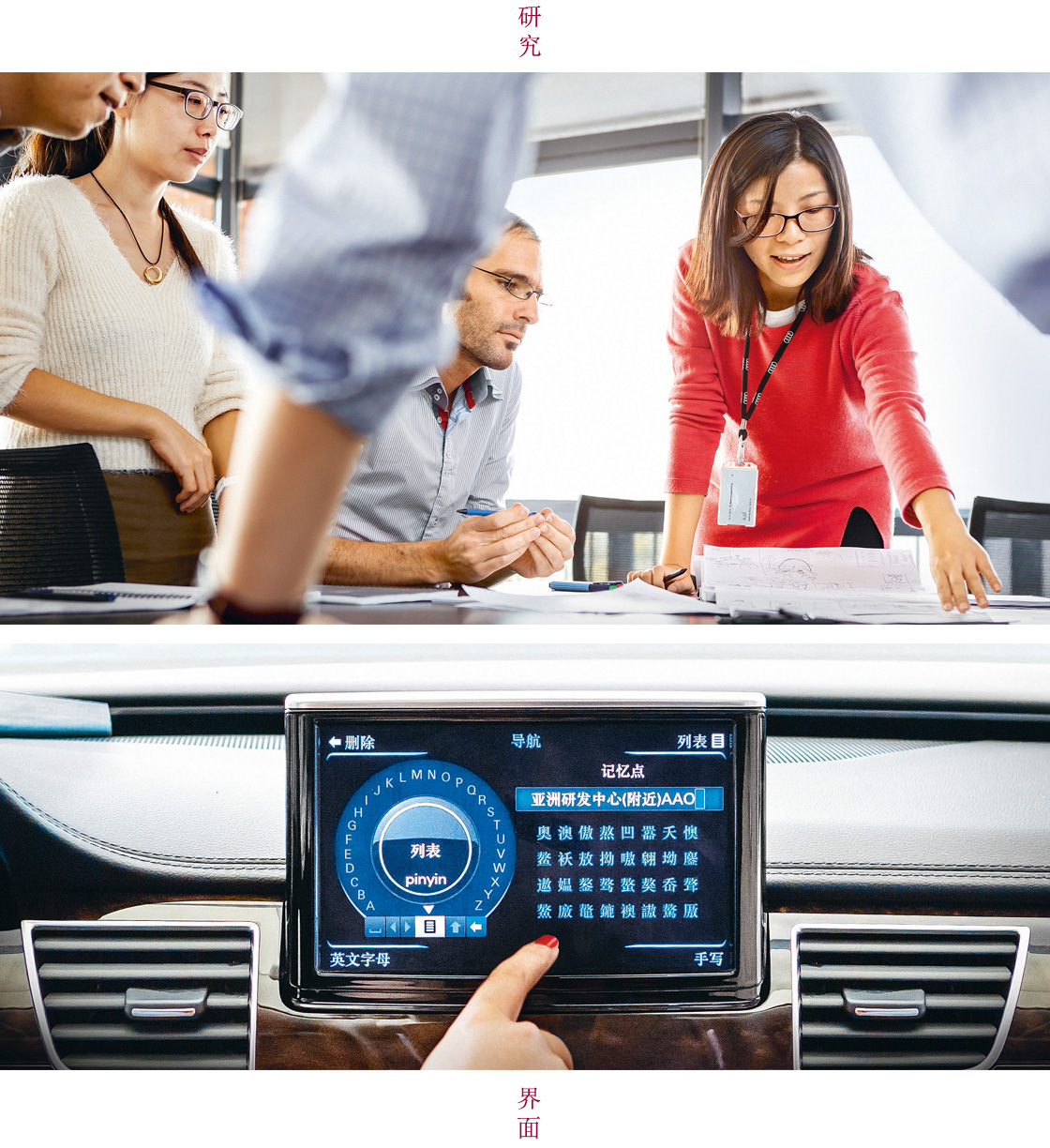 Characters can either be selected from a list or drawn on the MMI touchpad using a finger. The system recognizes around 29,000 different Chinese characters – almost the entire vocabulary.

“The simulation helps us to gauge customers’ reactions to the system before the software for it is programmed.”

Particularly when it comes to control elements and input systems, Asian customers’ requirements are markedly different from those of customers in other parts of the world. For example, they prefer flatter menu structures to structures with hierarchically ordered levels that require the user to click through several steps. Audi in Beijing is therefore working on a new input structure for the next generation of its navigation system, where the driver will be able to input the entire destination address at the first level. The fact that exact address details with streets and house numbers are not usually available in China also has to be taken into account. If you are looking for a restaurant, for example, just entering its name is enough to pinpoint it. In addition, the names of large building complexes are important landmarks that the navigation system must know and match precisely.

By taking human-machine interface development to a country-specific level, Audi is also fulfilling its promise of “Vorsprung durch Technik” in the field of digital communication. To achieve this, the premium automobile manufacturer works closely with research institutions. In a joint project with Shanghai’s renowned Tongji University, specific customer requirements are first recorded by regional trend researchers. The engineers and designers in Beijing then take these findings and work together with the Technical Development teams in Ingolstadt to develop and try out series solutions that they subject to exhaustive testing procedures.

“We always adapt the solutions to meet Chinese requirements”, explains Cao. The point-of-interest (POI) call is a vivid example of this. A driver can use the system to automatically call up the Audi service center with just one click. The customer’s location and direction of travel are relayed to the person answering the call. The driver simply supplies the destination and then the navigation data appears directly on the vehicle’s display. “Many Chinese people like using this service rather than entering data into the system”, says Cao.

The complicated writing system is a major reason. China, Taiwan, Hong Kong, Japan and Korea use character sets that cannot easily be rendered by the usual input methods. This is because all of these languages use symbols based on Chinese characters that are not comparable to an alphabet. Instead, each character has its own meaning. Audi drivers can already use their fingertips to enter characters on a multimedia interface (MMI) touchpad located on the rotary push control unit of the infotainment system or the central console. The system recognizes around 29,000 different characters, covering practically the entire Chinese vocabulary. In addition, the system also recognizes more than 7,200 Korean and 6,700 Japanese characters without fail.

“Asia is developing very rapidly. The trend towards individualization is noticeable everywhere, but state-of-the art technologies like piloted driving or driver assistance systems will also play an important role in China”, says Metz. “Smartphones and tablets are driving these developments and people’s expectations of our systems are constantly expanding.” The engineers in Audi’s research lab are working non-stop to adapt control philosophies to the different markets. “At the same time we never lose sight of the Audi gene”, insists Metz, for despite the widely varying cultural and linguistic challenges at the interface between humans and machines one thing remains clear: people will always be people and an Audi will always be an Audi.