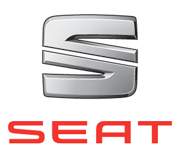 SEAT’s positive trend continued in 2014. The Spanish brand enjoyed particular success in the European markets, where demand for the Leon family models was especially strong.

SEAT celebrated a special anniversary in 2014: 30 years since the start of production of the Ibiza. With over 5 million vehicles sold worldwide in four generations, the Ibiza is the best-selling model in the Spanish automaker’s history.

SEAT added the dynamic Leon Cupra and the Leon X-PERIENCE permanent four-wheel drive version to the successful Leon series during the reporting period. Customers choosing the five-door version of the Leon and the Leon ST estate can opt for an environmentally friendly natural gas-powered drive system.

Demand for the Leon family in particular boosted sales in 2014. The SEAT brand’s deliveries to customers increased by 10.0 % to 391 thousand vehicles, and production numbers for the Leon outstripped those for the Ibiza for the first time. Growth hotspots were Spain (+14.5 %), Germany (+10.4 %) and the United Kingdom (+16.8 %).

The SEAT brand sold 501 thousand vehicles in the reporting period, 9.2 % more than a year earlier. This figure includes the Q3 produced for Audi.

The SEAT brand recorded sales revenue of €7.7 billion in fiscal 2014, 12.0 % more than a year earlier. The operating result narrowed by 16.3 % to €−127 million. Improved mix, volume and material costs had a positive effect on earnings while increased development costs for new products had an adverse impact. The brand’s operating return on sales was −1.6 % ( −2.2 %).