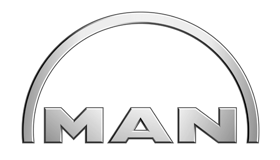 MAN launched new vehicle and engine technologies for increased fuel efficiency at the IAA Commercial Vehicles show in the reporting period. The highlight was the global premiere of the TGX D38, a truck that is ideally suited to demanding transportation tasks. At its heart is a newly developed, extremely fuel-efficient six-cylinder engine that rounds off the upper end of MAN’s Euro 6 engine range. The MAN Lion’s City GL CNG natural gas-powered articulated bus was well received as an extremely low-emission, climate-friendly mobility solution for city traffic, and was named “Bus of the Year 2015” by an international jury. The Power Engineering business area also unveiled innovative products in the reporting period, including the new efficient 175D high-speed engine for commercial shipping.

The key figures presented in this chapter comprise the Trucks and Buses businesses and the Power Engineering business area.

At €3.9 billion, orders received in the Power Engineering business area remained on a level with the previous year. Business development was dominated by the continuing difficult situation in the shipping industry, global economic growth that was only moderate and tougher financing conditions.

The MAN brand’s sales revenue decreased by 9.9 % to €14.3 billion in the period from January to December 2014. A quarter of this figure was attributable to the Power Engineering segment. MAN generated an operating profit of €384 million (€319 million). This positive performance was largely due to the Power Engineering segment, which had recognized project-specific contingency reserves in the previous year. The operating return on sales amounted to 2.7 % (2.0 %).