In the fast lane

How do you organize traffic in a conurbation that is home to more than 22 million people? Scania has come up with answers to that question: the commercial vehicle manufacturer’s bus operations supply technology and expertise for rapid transport solutions in fast-growing metropolitan areas. We take a trip to Mexico City.

You need strong nerves to drive a car or travel in one of the innumerable minibuses in the Mexican capital. Covering a distance of five kilometers in an hour counts as fast here. That is why the metropolitan region has opted for a concept that has proved its worth in many megacities: Bus Rapid Transit (BRT), an express bus system that offers mobility for large numbers of people in a relatively short period of time and with manageable investment costs. The basic concept is the same everywhere – dedicated bus lanes, high bus frequencies and short boarding and exit times at bus stops.

“BRT solves a lot of problems because it combines the system advantages of a rail-based network with the flexibility of buses.”

Scania buses have been operating in BRT systems in the South American megacities Bogotá and Rio de Janeiro for many years now. Bogotá’s rapid bus system is held up as an example and Rio’s BRT transported the vast crowds of football supporters during the 2014 FIFA World Cup. Mexico City is now also turning to Swedish know-how. Mexico City’s Metrobús company ordered 52 Scania bus chassis for 18-meter articulated buses that can take up to 180 passengers and ten more for 15-meter three-axle buses that can carry up to 100 passengers. The bodies are being manufactured by Brazilian coachbuilder Neobus.

Adapting the vehicles to precisely match the conditions in the Mexican capital is crucial to the project’s success. For example, the buses for Mexico City have been designed with the door on the left-hand side, because the bus stops are approached from the right. The entry floor of the bus is at the same height as the waiting platform, thus saving valuable time when passengers are entering and leaving. That’s important because the buses based on Scania technology will operate on Line 2, which is 21.3 kilometers long and one of the most challenging BRT routes in the city. It goes through Cuautitlán Izcalli, the country’s most densely populated neighborhood in the Greater Mexico City area. Buses arrive at one-minute intervals at 42 bus stops during rush hours, transporting more than 211,000 passengers every day. A total of 367 express buses are on the road in the metropolitan region on six BRT lines, and they are used every day by 850,000 passengers.

Scania’s support for the bus company does not stop at specially designed vehicles; it also provides driver training and a comprehensive service offering. This means that vehicles are quickly back on the road after maintenance or repairs. The manufacturer’s expertise in overland transportation comes in very useful here. “One in two long-distance coaches in Mexico today is one of ours”, reports Arnaud Dordilly, Managing Director of Scania in Mexico. “Now we want to roll out this success in the cities.” 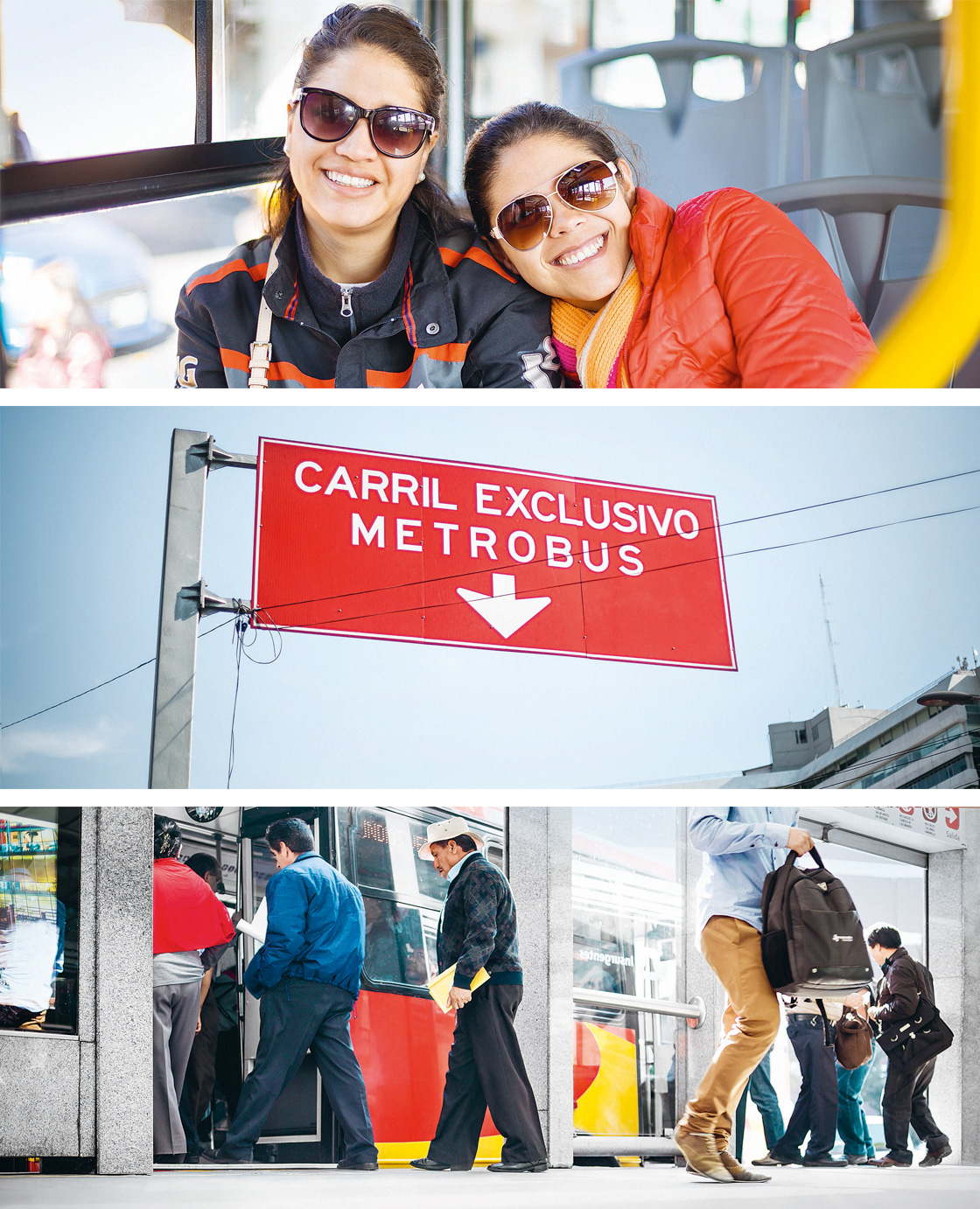 And the chances of this happening are looking good. “BRT solves a lot of problems because it combines the system advantages of a rail-based network with the flexibility of buses”, explains Dordilly. The vehicles travel along their own dedicated corridors across the city’s main traffic routes. Feeder buses deliver passengers and take over minor intersecting routes as well as connections to residen-tial and industrial areas. An intelligent traffic light management system gives priority to BRT vehicles. Tickets costing the equivalent of just € 0.27 for a single journey are bought using a smart card before the journey begins, so no time is lost.

As a result, passenger satisfaction is high. “Buses are and will remain the most cost-effective, flexible means of local public transportation”, says Jonas Kempe, who is responsible for sustainable development at Scania Buses and Coaches. Some 4,000 Scania buses are currently in operation in BRT systems on five continents. The Swedish commercial vehicle manufacturer is making its contribution to how transportation is organized in megacities across the world.