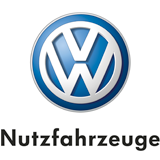 At the IAA Commercial Vehicles show in September 2014, Volkswagen Commercial Vehicles demonstrated its expertise as a customer-centric mobility service provider offering a unique variety of passenger and goods transport and mobility solutions, tailored to the needs of different customers and sectors. The brand provided a glimpse into the wide-ranging application potential offered by the next generation of the T series (Multivan/Transporter) with the TRISTAR concept vehicle, an all-terrain pickup truck and mobile office with permanent four wheel drive. Its market launch was announced for the following year. The brand’s iconic model has been sold since 1950; already in its fifth generation, it continues to enjoy high demand. In addition, the e-load up! was launched in the market as a small commercial vehicle suitable for daily delivery use in urban environments. With zero emissions, a payload of 285 kilograms and 990 liters of loading space, it is the entry-level model for business customers switching to e-mobility.

In the reporting period, the brand’s global deliveries to customers declined by 3.4 % year-on-year to 447 thousand vehicles. This was due in part to the end of production of the Kombi, known as the T2, in Brazil at the end of 2013. Volkswagen Commercial Vehicles experienced positive growth particularly in Western Europe and in the Asia-Pacific region.

Unit sales increased by 1.5 % to a total of 442 thousand vehicles last year.

Production at the Volkswagen Commercial Vehicles brand declined by 5.1 % to 396 thousand vehicles in 2014. The Crafter produced at a contractual partner’s plants is not included in these figures. The goal is for the next generation of the Crafter to roll off the production line at a new Volkswagen Commercial Vehicles plant in Poland from 2016. In Hanover, 169 thousand (153 thousand) units of the Caravelle/Multivan and Transporter models as well as the Amarok were manufactured, and in Poznan 176 thousand (170 thousand) Caddy and T5 units. Production declined in South America due to market-related factors and the end of T2 production.