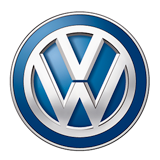 The Volkswagen Passenger Cars brand continued its model rollout in 2014, launching the eighth generation of the Passat, Europe’s most successful company car.
The best-selling Golf celebrated its 40th anniversary.

The launch of the new Passat in the fall of 2014 was the highlight for the Volkswagen Passenger Cars brand. This is its second model series to be based on the Modular Transverse Toolkit (MQB). The eighth generation boasts new engines, more driver assistance systems, new infotainment capabilities and a lighter body shell, making it one of the most progressive mid-range models. The brand also unveiled the extensively updated Jetta, which is available in versions for both the North American and European markets. The Jetta is one of the world’s most successful saloons, and more than 14 million have rolled off the production line since 1979. The reporting period also saw a special anniversary: 40 years of the Golf. Production began in 1974 and the model went on to lend its name to an entire market segment. More than 30 million of these best-selling cars have been sold over the model’s 40 years and seven generations. The Golf’s range of drive systems was expanded in 2014 to include the pure-play electric e-Golf and the model’s plug-in hybrid version, the Golf GTE.

The Volkswagen Passenger Cars brand’s deliveries grew by 1.6 % to 6.1 million vehicles in the reporting period, despite the ongoing challenging market conditions. Sales in China, the largest single market, saw particularly encouraging growth (+10.0 %). Deliveries were also up year-on-year in Western Europe, notably in the United Kingdom (+10.8 %).

The Volkswagen Passenger Cars brand sold 4.6 million vehicles in 2014, down 2.6 % on the prior-year figure. This was mainly due to the declining market in South America and the deteriorating demand in Russia as a result of the crisis. Western Europe saw encouraging growth. There was strong customer demand for the up!, the Golf and the Golf Estate in particular. The difference between deliveries and unit sales is due to the fact that the vehicle-producing joint ventures in China are not counted as Volkswagen Passenger Cars brand companies.

The Volkswagen Passenger Cars brand produced 6.2 million vehicles in 2014, up 2.3 % year-on-year. There was particular growth at the locations in China and Germany. A highlight was the start of production of the Passat in Emden in August 2014. In China, production commenced for the Lamando, developed specially for the Chinese market. Volkswagen de Mexico celebrated its fiftieth anniversary.

The Volkswagen Passenger Cars brand’s sales revenue amounted to €99.8 billion in the past year, remaining level with the previous year’s figure of €99.4 billion (+0.4 %). Lower unit sales figures, higher upfront expenditures for new technologies and exchange rate trends had a negative impact on operating profit, whereas lower material costs and improvements in the mix had a positive effect. Operating profit declined by 14.4 % to €2.5 billion and the operating return on sales decreased from 2.9 % to 2.5 %.

of the best-selling Golf