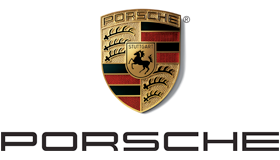 The Porsche brand can look back on another successful year. It topped its prior-year record sales, and the new Macan compact SUV proved particularly popular with customers.

Porsche recorded strong growth in 2014. The start of series production of the Macan added particular impetus. Production of the fifth series led to the creation of 1,500 new jobs at the Leipzig plant. Customer deliveries of the first Porsche 918 Spyder hybrid super sports cars began in February 2014, and its limited run of 918 vehicles had been sold out by November. In the second half of 2014 the spotlight was on the new generation of the Cayenne, which was launched at the Paris Motor Show. The Cayenne S E-Hybrid is the first plug-in hybrid in the premium SUV segment. The Cayenne S E-Hybrid, the Panamera S E-Hybrid and the 918 Spyder mean that Porsche is now the first brand in the premium segment to offer three plug-in hybrid models. A further highlight for Porsche was its return to top-flight motor sport in the World Endurance Championship after an absence of over ten years.

Unit sales by the Porsche brand increased by 20.7 % to 187 thousand vehicles in the reporting period. The Macan was extremely well received by the market.

Production at the Porsche brand rose by 22.5 % to 203 thousand vehicles in the reporting period. The Macan has now joined the Cayenne and Panamera model series in being produced at the Leipzig plant.

The Porsche brand can look back on a very successful year in 2014. Sales revenue increased by 20.1 % to €17.2 billion (€14.3 billion). Volume effects helped improve operating profit by 5.4 % to €2.7 billion, despite a rise in development costs for new technologies and comprehensive measures to reduce CO2 emissions, as well as higher fixed costs from the development of the infrastructure for the Macan. The operating return on sales was 15.8 % (18.0 %).